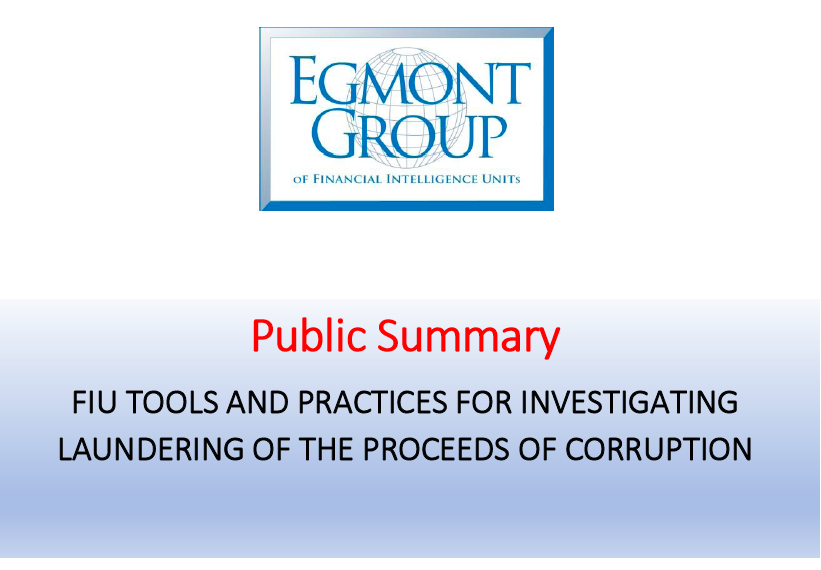 The Egmont Group (Twitter: @EGFIU) is a platform for exchange of expertise and financial intelligence that consists of 164 (!) Financial Intelligence Units (FIUs) worldwide. In mid-July 2019, it released a public summary (.pdf, 22 pages; mirror) of the “FIU Tools and Practices for Investigating Laundering of the Proceeds of Corruption”. The release stems from an initiative started by the FIUs of Israel (IMPA), the Netherlands (FIU-Nederland), Russia (Rosfinmonitoring) & Ukraine (SFMS).

The summary provides, notably, a list of 72 indicators (pp.16-22; a ‘checklist’, if you will) to identify possible cases of corruption and money laundering. Be reminded that the latter is also relevant to combat terrorist financing. The indicators are grouped as follows:

They serve as potential triggers for FIU investigations and can be used by banks and accountancy firms — but investigative journalists (‘follow the money’) and others may also want to take note. For the latter and other purposes I (re)post the indicators below as quick reference.

NOTE #1: there is no substitute for reading original documents in full, so do read the original public summary in full. Context always matters.

Indicators of Corruption in Public Procurement

Indicators of Unexplained Wealth or Income