On 23 October 2020, the Dutch state secretary for Economic Affairs and Climate Policy, Mona Keijzer, sent a letter (in Dutch) about submarine communication cables to our House of Representatives. This post provides an English translation of that letter.

The text below this line is the translation of the letter. Note: hyperlinks and parts in square []-brackets were added by me.

During the General Consultation on Digitization of 11 March 2020, I promised MP Verhoeven of the D66 fraction to give an overview of the problems, research, and actions in the field of submarine cables. Subsequently, during the General Consultation on Telecommunications of 11 June 2020, I promised MP Van den Berg of the CDA fraction to write a letter to your House about the outcome of the discussions with the sector about the investments in submarine cables. With this letter I fulfill this commitment and cover the valuable conversations I have had with market parties.

It is important to emphasize that the Netherlands has very good digital connections, both on land, at sea, and in the air. Both our mobile and fixed connections are among the best in the world [reference: https://zoek.officielebekendmakingen.nl/kst-26643-547.html]. For example, many submarine cables come ashore in the Netherlands, as can be seen on the picture elsewhere in this letter. This digital infrastructure is important for our economy and society and it is therefore important to maintain and expand this world-class digital infrastructure.

Increasing the capacity on intercontinental cables is more difficult, because in some cases the underwater amplifiers also need to be replaced. Therefore, when parties talk about risks around the lifetime of submarine cables [e.g. 25 years] they generally refer to these intercontinental cables. The research report by Stratix, about which MP Amhaouch of the CDA fraction asked questions during the General Consultation on Digitization of 11 March 2020, addresses whether there is a problem due to submarine cables being at the end of their economic life and whether new cables are expected to be laid soon. This research report can be found on the site of the national government. 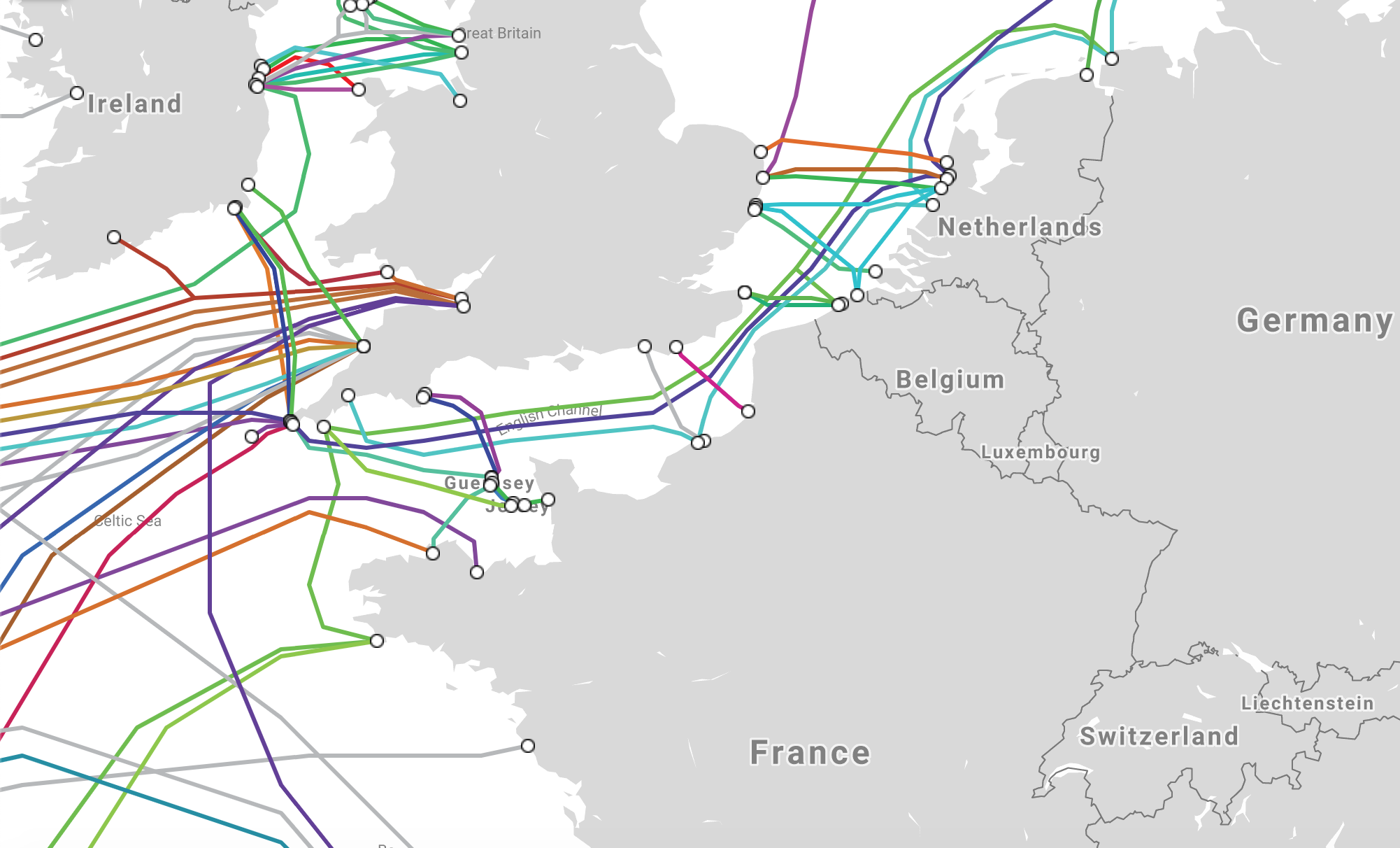 Stratix’ quick scan, as well as earlier research conducted in 2018, shows that cables can be active beyond the end of their economic life. However, because the equipment is outdated, the cable’s capacity will not increase in the long run. According to Stratix, the conclusion of the submarine cable industry was that there is no reason to assume that problems will arise in the short term. In addition, it was indicated that there currently is no demand for more capacity via a (new) transatlantic submarine cables to the Netherlands. If such demand arises, the new international submarine cables to Denmark, the United Kingdom, Ireland and France can be used, because of the good land and submarine connections we have with those countries. For example, there already are submarine cables to the United Kingdom and Denmark that can be used for this purpose. The most important conclusion of the Stratix study therefore is that there is sufficient submarine cable capacity to and around the Netherlands, and that market parties do not expect a shortage in the short or long term.

An important development for the longer term is that the market for submarine cable connections is changing. Where previously consortia of telecom companies, such as KPN, were laying a submarine cable, this is increasingly being done by individual non-telecom companies and mostly digital platforms, such as Google and Facebook and Microsoft. Furthermore, it has become clear that a transatlantic cable, the TAT-14 cable, which was laid in the past by a consortium and landed in the Netherlands, will be disconnected. A lot of traffic from the Netherlands already is transported to the U.S. via other countries, however. Given our geographical position, this is not illogical.

As I promised to your House, I have spoken to market parties about these developments, also on the basis of the letter that various parties have addressed to me on this subject [those parties were Stichting Digitale Infrastructuur Nederland, Dutch Data Center Association, Fiber Carrier Association and SURF]. From these discussions and the round table I organized on 29 September 2020, various insights have emerged. First of all, it is nice to be able to report that next year a new submarine cable will be laid between the United Kingdom and the Netherlands, which will also be connected to Ireland. Data traffic can be carried to the U.S. directly via this cable. Secondly, it appears that there is a diffuse picture about the added value of direct intercontinental connections over connections via other countries. Parties that have large data centers in the Netherlands, for example, indicate that they do not see any problem in this in the future. During the round table discussion I organized, it was also emphasized that the disappearance of cables generally has no consequences for Dutch users, but it is desirable for the Netherlands to be easily accessible, and therefore direct cables can be of added value.

I also see that submarine cables add value to the Dutch digital infrastructure. I want to explicitly express my positive opinion about the added value of laying new submarine cables. Therefore, if market parties or consortia of parties are considering laying a new submarine cable to the Netherlands, I am willing to facilitate this, for example in the licensing process.

This was also requested during the round table held with market parties. It was also indicated that it would be desirable that the Dutch government plays a stronger role. It was explicitly stated that this is not about paying for these cables, but about facilitating the landing. I will look at the laws and practical objections that might stand in the way of this. For example, parties have indicated that laying cables in the North Sea could be difficult in the future. I recognize this, and it is inherent in an intensively used North Sea. I feel it is important to leave room for new submarine cables, and this has been included in the National Environmental Vision [in Dutch: “Nationale Omgevingsvisie” aka NOVI] sent to your House by the Minister of the Interior and Kingdom Relations. As mentioned in this vision, this aspect will be further elaborated in the North Sea program. With regard to both the licensing and the North Sea program, I will contact other governments and ministries, including the Ministry of the Interior and Kingdom Relations.

A good investment climate for the installation of these cables is desirable. If a submarine cable lands in the Netherlands, this can stimulate business activity surrounding it. The Netherlands Foreign Investment Agency (NFIA) can play an acquiring or facilitating role where possible. In addition, European funds are also available for the construction of submarine cables. If market parties wish to lay these cables, co-financing from the EU is possible. I will also bring these funds to the attention of market parties.

Over the past few months, various discussions have taken place with market parties and a round table has been convened. Sea cables continue to have my attention as part of the digital infrastructure and in addition to the aforementioned actions I will continue to actively monitor developments in the coming period.