UPDATE 2018-02-26: NOS reports that Mark M. has now reported himself to police in the city of Roermond. He was residing in Ukraine with his wife.

UPDATE 2018-02-10: NOS reports that Mark M. is sentenced to five years imprisonment. M. himself was absent during the ruling and is reportedly (possibly) residing in Ukraine, his birth country. Because the Netherlands has an exchange treaty with Ukraine, M. may get extradited if/when he is arrested in Ukraine.

UPDATE 2015-10-31: reportedly, M. was granted access to ‘BlueView’, a restricted police data search engine, in August 2011, pending a security clearance from the AIVD. In October 2011, after the AIVD refused a security clearance, M. was transferred to the traffic department, but superiors failed to revoke M.’s access to BlueView. In 2007, BlueView reportedly contained 55 million documents, referring to data about suspects, transcripts of interrogations and police reports. M.’s authorization included access to information from the Criminal Intelligence Unit (CIE), that works with informants. M. was able to access BlueView up until his arrest in September 2015 (close to four years).

UPDATE 2015-10-30: the minister submitted (in Dutch) a factual account to the parliament.

UPDATE 2015-10-27: the minister of Security and Justice expressed (in Dutch) his intent to submit a factual account of the leak to the parliament later this week. 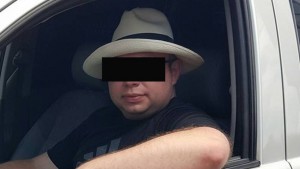 A 28 year old criminal investigator of the Dutch National Crime Squad (in Dutch: “Nationale Recherche”) was arrested on September 29th over allegations of corruption, neglect of duty, and money laundering. Some media suggest that this may be the biggest scandal since the IRT affair in the 1990s, concerning police use of controversial investigatory methods, such as letting drug shipments pass.

Mark M. applied for a job at the Dutch police in 2009, dropping out of professional college in journalism after several years of being self-employed as a freelance (crime) reporter. M. did not pass the security screening done by the General Intelligence & Security Service (AIVD) as part of the job application, but was hired by the Dutch police nonetheless as trainee in a less sensitive position that is not subject to security screening by the AIVD. The reported reason for M.’s failure to pass the screening is that M. is married to a Ukrainian woman and the AIVD has no intelligence exchange relation with the Ukraine concerning security screenings.

Dutch newspaper NRC Handelsblad, which first reported about the mole, states that the screening involved investigation of M.’s social environment and personal finances. Allegedly, M. stood out because of his luxurious lifestyle: driving a Porsche Cayenne, frequenting Curacao and the Dominican Republic for holidays, and wearing expensive watches. During a search of his residence the police found 235.000 Euro, as well as confidential police information that M. allegedly would have intended to sell.

The police is investigating the extent of the damage caused by M. and which investigations have been compromised. It is reported that it is impossible for an investigator to browse criminal files without leaving a trace, and it is suspected that M. also used authorization codes belonging to higher-ranking detectives. The question of why M. was hired despite not having passed the security screening is part of the investigation. M. is stated to have acted alone; no others would be involved.